On February 4th, the 7th Congressional District will be holding a special election to fill the vacated seat of Elijah Cummings. If you live on the west side of Baltimore City or Baltimore County or in parts of Howard County, you know this is a significant year of change for the 7th and many voices are vying for the seat of a departed legend in Maryland politics and on the streets of the west side of our community.

We are chatting with several of the frontrunners this week. This is Harry Spikes, longtime associate and assistant of Elijah Cummings in the 7th district, who has been endorsed by the children of the departed Congressman. Spikes is running for Cummings’ vacated seat and we found out how and why.

Nestor will be making a special announcement during Super Bowl week in Miami regarding our Baltimore Positive and his WNST.net programming this spring and more conversations in advance of the April 28th election for the next mayor of Baltimore.

ALSO: we had a spectacular 100-minute, three-part chat with former Baltimore mayor and Maryland governor Martin O’Malley that you will not want to miss that debuts on Monday, January 27. 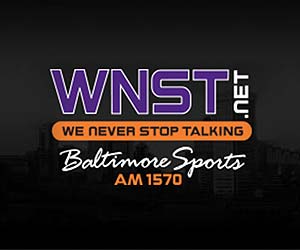